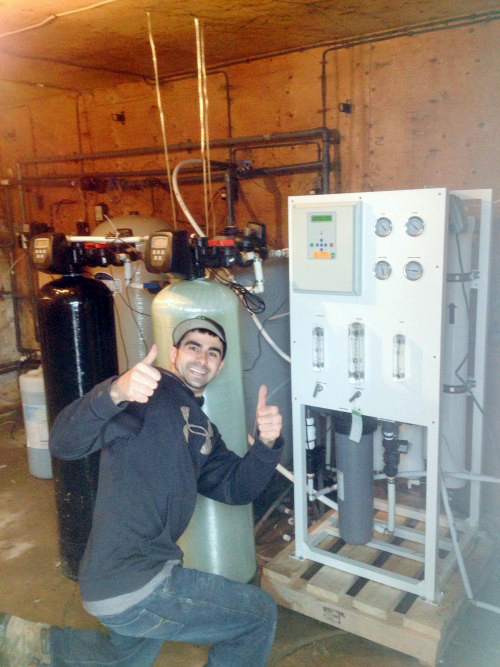 This Turkey farm was trucking in water for the first two weeks of each new flock because the young birds couldn’t tolerate the water.  High sulphates and hardness were causing real issues.  The mechanical room was so cluttered that it was nearly impossible to work on the system or to see any problems .

We installed a Reverse Osmosis system capable of producing more than 20,000 litres per day and have reduced the solids in the water from over 2200 ppm to less than 30 ppm. We were able to operate this system without the need for softening the water, due to using a special process. We reduced the clutter in the room making for a much simpler system and the ability to follow the water flow through the room. The end result is a much higher quality water with less chemical treatment and reduced operating expenses.

The only thing left to do is enjoy better production results with less operating costs. 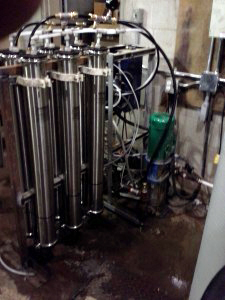 We installed this low energy reverse osmosis system which utilizes 6 low pressure membranes at a local feed mill. The water here originally tested at 1600 dissolved solids but after being treated, tested at less than 10. It allows for many more turns of the water which results in lower dissolved solids which significantly reduces both chemical and maintenance costs. This system also reduces waste water and blow off intervals to improve overall efficiency. Plus it gives a great, spot-free rinse when washing off trucks. 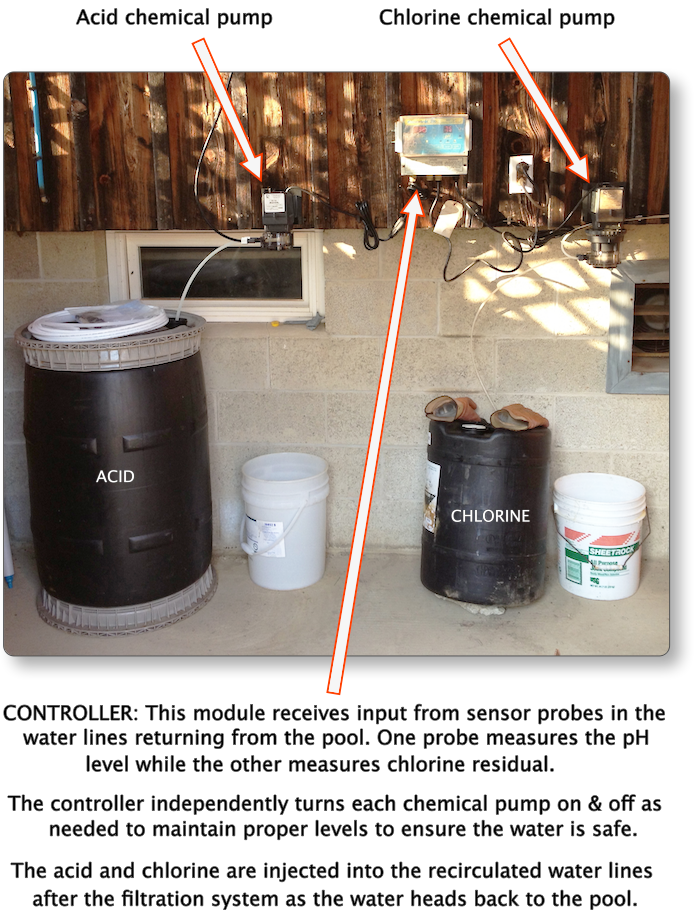 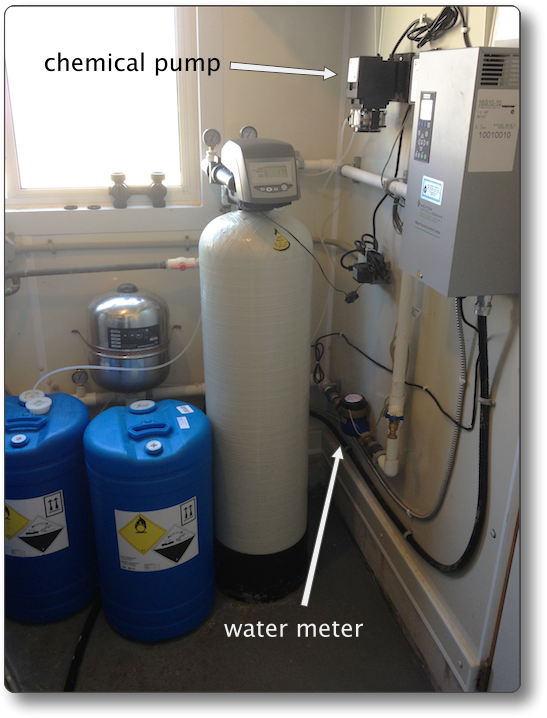 This layer barn near Gorrie (between Wingham and Listowel) had a serious problem with iron building up in the water lines and causing problems at the drinkers.

After a free water test and a thorough analysis, it was determined that the best way to treat the water was to use hydrogen peroxide and then capture the oxidized iron using a custom blended backwashable filter.

A small amount of 35% hydrogen peroxide is injected into the water stream based on the amount of water being consumed by the birds. A water meter counts the number of gallons being used and sends a pulse signal to a control module. The controller then activates a relay that turns the voltage for the chemical pump on and off for the exact number of seconds required to get the proper dosage at that moment.

The peroxide blends in the water and the oxygen attacks the ferrous iron and turns it into ferric iron. Now that the iron is in a state where it can be captured, it passes through the iron filter. The treated water entering the barn in now clean & clear and still has a residual of peroxide in it.

The residual hydrogen peroxide keeps the lines & drinkers clean which helps to reduce diseases which can spread through the water supply.